Milwaukee PBS began broadcasting on October 28, 1957, becoming the nation's 28th educational television station on WMVS-TV. It was licensed to Milwaukee Area Technical College which had established a Television and Video Production Program in 1952. This partnership was designed by community leaders in order to provide hands on training to MATC students, as well as support to the operations of Channel 10.

In its first years, Channel 10 broadcast 17.5 hours of programming each week, Monday-Friday 5 p.m. until 8:30 p.m. Shortly into its launch, Milwaukee Public Schools and the Catholic Archdiocese began using Channel 10 as an instructional tool, one of the main catalysts for the stations rapid growth. By 1962, it was broadcasting a total of 69 hours weekly. 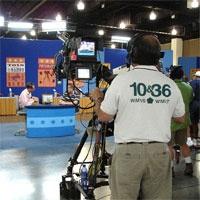 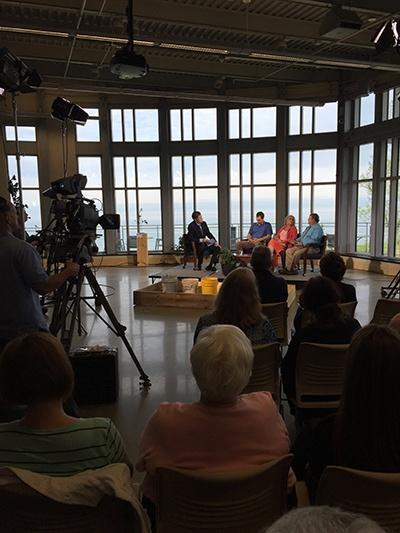 Channel 10 began offering additional programming from other public television stations through the National Educational Network but was also producing and airing local programs such as "Wee Weekly", "The Inquiring Mind", "Way Off Broadway", "Green Thumb", and "Golden Years".

In 1963, MATC obtained a license for a second station, WMVT-TV, assigned to Channel 36. Throughout the years, the two stations experienced technological advances, including broadcasting in color in 1965, joining the PBS satellite system in 1978, stereo broadcasting in 1985, and digital broadcasting in 2000.

Milwaukee PBS broadcasts over 200 hours of programming each day, 365 days a year, and viewers enjoy a quality mix of public affairs, cultural, minority, entertainment, children's and adult education programs. Our local award-winning shows include "Outdoor Wisconsin", "Around the Corner with John McGivern", "¡Adelante!", "10thirtysix", "Black Nouveau", and "The Arts Page".

1957
The first live instructional broadcasts to the Milwaukee Public Schools as part of Ford Foundation experiment. Live broadcast of the opening of the Milwaukee Performing Arts Center.

1978
First live telecast of a courtroom trial in Wisconsin, second in nation, the Amaro murder trial.

1980
Public/private transmission tower cooperative between WVTV-TV, Channel 18 and Channels 10 and 36.

1999
THE GREAT CIRCUS PARADE produced as the first live HD broadcast on PBS.

2000
WMVS is first digital TV station to sign on the air in southeastern Wisconsin.

2003
Remote HD truck is put into service to enable coverage of community events in high definition.

2006
The multi-Emmy award winning THE MAKING OF MILWAUKEE mini-series premieres, scoring the highest public TV primetime ratings in the nation.

2010
I AM THE FIT GENERATION initiative launched to encourage healthy eating and physical activity in children.

The Covid-19 Pandemic forced us out of the station and into our homes. But that didn't stop us from telling your stories.

Our interim digital only stories and website are recognized by the NETA, Communicator, Anthem and Telly Awards.

My Wisconsin Backyard debuts as a web-online series, gaining over 20,000 followers and a Telly Award in its first season.